Mr. Doohickey  ( Stowe Hoyle ) was an inventor of many gadgets and gizmos. On February 19, 1964 Mr. Doohickey announced to host Monty DuPuy his plans to build a new type of transportation. It was later revealed that Mr. Doohickey's new ride was a Rocket which was 20 feet long. During the Monday February 24, 1964 episode, Monty DuPuy kidded Mr. Doohickey about his Doohickey Scope and Magic Space Window. The kids in the studio audience and viewing at home got to see the progress Mr. Doohickey was making on the Rocket for about six weeks. On Wednesday March 24 Mr. Doohickey made his first try for a take-off. He finally took off on Thursday March 26 and returned to earth in his rocket on Monday March 30, 1964. Oh the days of kids local studio tv shows. *Note: The show was known as "Monty and the Mickey Mouse Club" or "Monty and the M M Club" from September 10, 1962 until January 18, 1965. 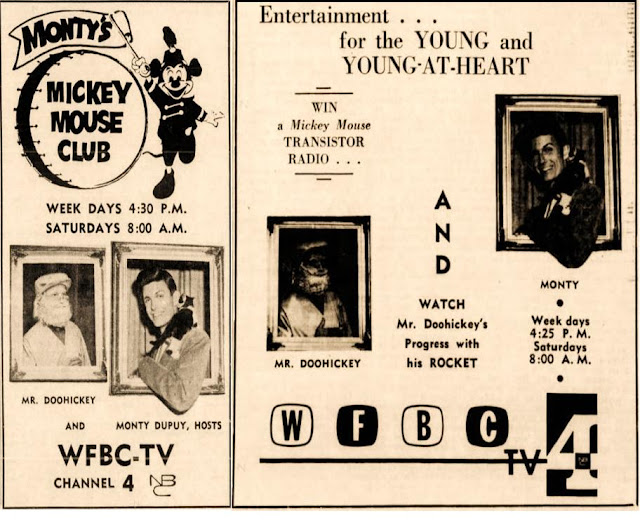 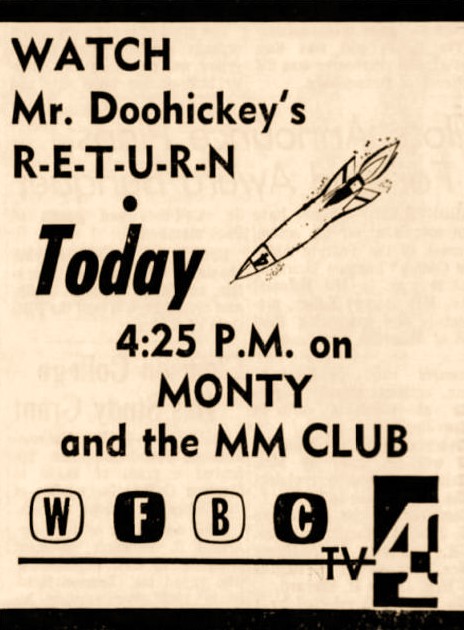