Superman on the ABC Television Network

During the final season of the Adventures of Superman, the show aired on the ABC TV Network. In our area, we could receive two channels at the time. They were WFMY 2  (CBS) from Greensboro, NC  and WSJS 12 (NBC) from Winston-Salem, NC. These two stations worked ABC programming into their schedules whenever they could. Beginning on Monday September 30, 1957 at 5:00 p.m., WSJS 12 started airing the Adventures of Superman from the ABC network. The last episode aired on Monday September 22, 1958 on WSJS 12. This ABC run is my first memories of  the Superman tv show as a 4 year old. 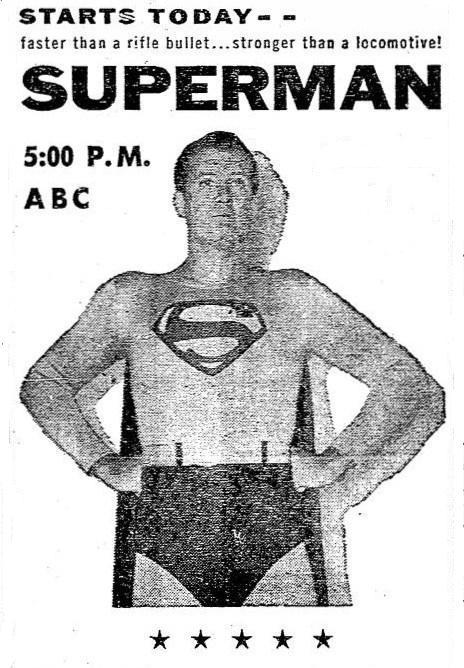 Email ThisBlogThis!Share to TwitterShare to FacebookShare to Pinterest
Labels: 1957, 1958, WSJS