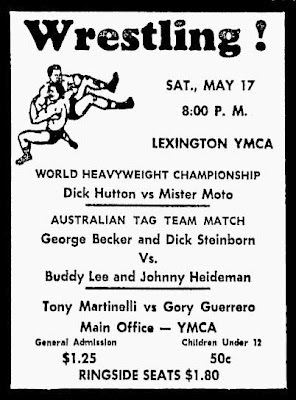 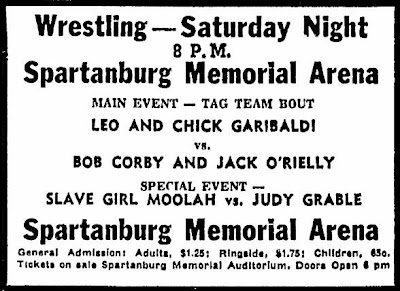 In 1958, WBTV in Charlotte,NC aired a live religion show at 12 noon each Saturday called "Parson's Answers." After that show completed, the studio had to be cleared so Jim Crockett's wrestling ring could be set up for his live 3:45 p.m. show. After finishing the show you can see from the ads here where some of the wrestlers appeared later that evening. Lexington,NC and Spartanburg,SC were the regular Saturday night towns at that time. Both towns were easy for the wrestlers to make after appearing on the tv show. If a third show was run that night,it was a spot town.
Posted by Carroll W Hall at 11:40 AM