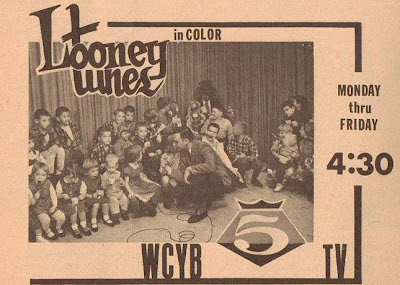 Ed Spiegel was the host of this local cartoon show on WCYB. The ad is from April 1966.

Update: One of my good friends just sent me this note about an appearance on this show.

"I actually attended one of these tapings right around the time of this ad, maybe a few years later. I was five or six years old. I remember I was so frustrated because one of the cameraman was blocking my view of the monitor when they were showing a cartoon. I was so mad! That picture really brings back good memories. DB"